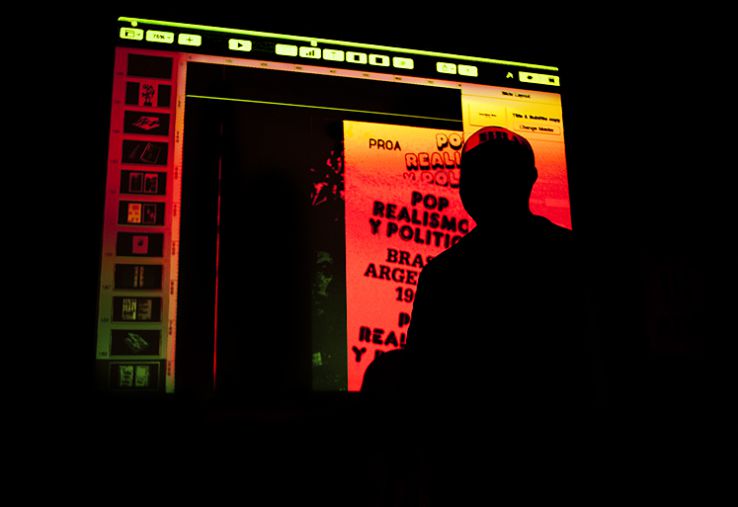 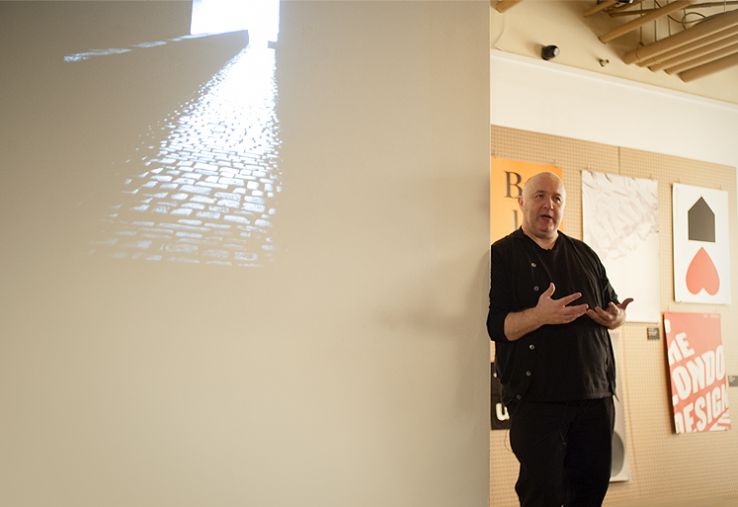 Toronto was graced by Brook’s straight up, down to earth talk revolving around his upbringing, the London design scene, his design studio, publishing company Unit Editions and his new book Spin 360˚. Not only did he have the audience engaged when he mentioned that he had let go a high profiled client and downsized his studio to focus purely on design centered work, but also had us participate in critiquing one of his identity projects which was pretty cool. And best of all, Tony Brook took loads of questions and really seemed to enjoy himself as he engaged in lengthy discussions with many participants.

The exhibit was just as inspiring and featured a plethora of posters and books from participating studios such as Pentagram, North, Studio Fernando Gutiérrez, David Pearson, A Practice for Everyday Life, Morag Myerscough, Bibliothèque, and Spin. The calibre of work was impressive.

We had the pleasure of meeting Tony Brook, who is truly one of the nicest, down to earth, people you will ever meet, with out a doubt.